Showing posts from September, 2012
Show all

When in Australia, you just have to have Laksa…. 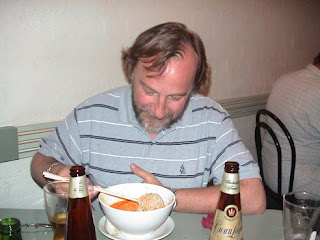 This post is a tad of history, it’s about InfraSoft, friendships, and how business is all about people.


The picture on the left was taken in late February, 2002. The Plan Team was meeting in Sydney to come up with the roadmap for the next 18 month. The idea was to always lay out plans for the next 18 months, and then in 12 months we would meet again, see if the plans still valid, and create a next 18 months plan.
This worked well: we would have representatives of Sales, Product Management, Development and QA, Customer Support, and Management. The rules of engagement were simple: we were there to come up with the best plan we could, and it had to include new product features, with the caveat that anything new could be pursued with baby-steps as we would be often venturing outside of our usual scope – “the next big thing” – yet, there had to be time and resources planned for process improvement, code streamlining, test libraries’ improvements and automation.

What has characterized NonStop for so many years – its underlying highly-scalable Massively Parallel Processing (MPP) “engine” - is the envy of all who pursue Big Data. Could we see it being leveraged in the future?

It is not uncommon for Margo and me to head up into the mountains at this time of year to catch the colors of fall. Furthermore it’s not out of ordinary for us to do so in an open roadster to better see it all and to take in the pleasant scents that accompany the change. And on the occasions when we elect to look at the fall colors to our south, we usually end up stopping for lunch in Aspen – perhaps the epicenter when it comes to checking out the aspens. The picture above was taken during our most recent trip and it shows just how colorful the landscape can become as the leaves change color.

When it comes to technology and to finding common ground among reporters, analysts, and all those prepared to offer opinions there’s been more in common of late than I can recall havin…
2 comments
Read more

Who’s popular? What attracts a crowd? 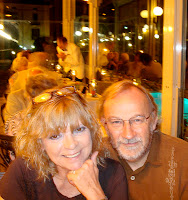 Following the interview with Martin Fink it was time to take a look at what themes were proving popular for the NonStop community – and it wasn’t all that surprising to see what attracts a crowd! And when it comes to surprises - who could have guessed, I'm now into my sixth year of posting to the blog, Real Time View!
Kicking off another year of blogging has me looking at the blog stats and digging back through past posts. When I first started blogging I chose a number of themes I would develop, but even with this intent changes in the industry have seen some shifts and turns along the way – five years is really a long time in our industry and for many within the NonStop community, they may already have moved onto their third job as they read this.

The photo above was taken of Margo and me over dinner in Bellagio, but this time not in Las Vegas but rather alongside Lake Como, one of the most beautiful places we have ever been to. I only wish there was an active NonStop regional use…
1 comment
Read more
More posts