By Richard Buckle - September 07, 2011
Social media may not hold all the answers and may be a poor substitute for actually meeting face-to-face. And yet, it's proving to be a powerful lightening rod in terms of attracting those anxious to learn more! As for the future of NonStop then check out what these fools predict ... 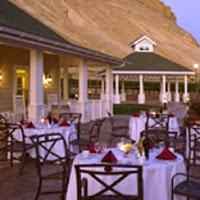 I had driven past it many times during the years we commuted between Boulder, Colorado, and Simi Valley, California, and never given it a second glance. Actually, it is not possible to view the township as you pass it by as it is hidden below the Interstate, but a few billboards are high enough to let you know that should you take the freeway exit, there would be plenty to do. The photo above is of the Wine Country Inn where we spent the weekend, spoiled rotten by the attentive staff.

I have to admit, I was apprehensive at first as there were many attractive destinations nearby – Telluride, Durango, Crested Butte not to mention, a little closer to Boulder, Aspen and Breckenridge. Wasn’t it foolish to give up a long weekend just to stay in something that might end up being rather mundane? But now that I am back in Boulder, it turned out not to be a foolish choice after all. The wine! The peaches! The delightful inn and the great food! Turned out to be a great place to spend time, after all!

Following such an introduction it may not come as a surprise to readers, or indeed to members of LinkedIn groups I manage, that I am about to launch into my latest endeavor - the formation of the LinkedIn Group, “Fools for NonStop.” So soon after my first post of my fifth year of blogging, there’s almost a sense of inevitability that the subject of foolishness should be raised among those who are fervent supporters of all things NonStop. It’s not a subject that doesn’t cross our minds at some point – surely, after all the years we have been associated with the NonStop Server platform, there’s some truth in us being different, a little odd, perhaps. Even elitist, as I was once called!

The creation of the LinkedIn Group, Fools for NonStop, came about when a contributor to one of the online forums where I regularly participate quickly dismissed one of more upbeat predictions for NonStop as “there is one fool exists in LinkedIn whose name is Richard Buckle!” Clearly my passion gives me away. However, it’s scarcely a new accusation or a surprise. Back in my days working for InSession Technologies, it was suggested in a management meeting that my opinions should be weighed in the knowledge that, after all, I wore Tandem underwear. Certainly, if my passion for all things NonStop suggests that I am a fool, then yes, I will wear that insignia with pride – and continue to welcome the more than 100 members who have now joined with me as Fools for NonStop.

In fact, with all of the groups that I have started, or have witnessed growing, this group is proving to be the fastest growing of the lot. At the time of posting to Real Time View, membership has continued to climb and now sits at some XYZ members – placing it ahead of all other NonStop-specific vendor groups and raising the question of whether it will grow in membership to the size the LinkedIn Group, Real Time View, that today has more than 700 members. There’s still no substitute for the face-to-face time and general networking opportunities that come with participation in real user group gatherings, but could this be a sign, as one new Fool for NonStop went so far as to suggest – “is this the real ITUG?”

There is a difference between foolish behavior and simply being a fool. Particularly, for no apparent reason – when tagged as a fool for something, it usually implies that there are others not as convinced as you are about your beliefs or values, and that perhaps, you have moved too far from a central, popular point of view. When it comes to the NonStop Server platform, and its adherents then yes, our knowledge of what it can provide and the value business can derive from its presence separates us from the pack. For flying in the face of such obvious and overwhelming popular support for commoditization and the technobabble that surrounds it, as a community we certainly look foolish.

In medieval times, the role of the court jester was important. Royalty of the day would not only look upon them for amusement but for information. Free to wander from village to village, these entertainers were the source of much intelligence about what was really taking place within the kingdom. “Who are a little wise the best fools be,” was what 16th Century British poet, John Dunne, observed. Or perhaps more widely recognized, from the Bard of Avon himself, Shakespeare (about the same time John Dunne was writing his poems), “the fool thinks himself to be wise, but the wise man knows himself to be a fool.”

Today, we are much more aware that tides can turn and that what was once valued as important can turn out to be fleeting disappearing as quickly as it appeared. Indeed, the term fashionable has come to mean something that barely lasts a season. And yet, when it comes to technology and to systems anchoring mission-critical businesses, populist perspectives and opinions continue to weigh heavily on the judgments made by many CIOs. NonStop Servers continue to dominate in situations where business values the inherent properties of availability and scalability.

In a recent set of responses to question “Generation Next of HP Nonstop Tandem Professionals - What would you advice?” posted to the LinkedIn Group, HP NonStop Tandem Professionals (certainly, catches all the keywords), longtime expert and a former key architect for Tandem, Keith Dick, wrote “I will say a little about the future of NonStop in this post and about what someone new should learn in some following posts. The future prospects for NonStop are a bit unclear, but there are reasons to be hopeful. Let me give some history to explain that.”
Keith Dick then suggested that NonStop “is a very good system on which to build applications that have as one of their requirements that they have no downtime, or extremely little downtime, and the main competing systems could not match that characteristic in NonStop's early years … Although the clustering approaches of other systems have continued to improve slowly, they still do not match the ease with which a large, fault-tolerant application can be built and run on NonStop. Now the cost of NonStop is comparable to similar Windows or Unix clusters, so the stage is set for NonStop possibly to win more business.”

Yes, tides do turn. What was once fashionable, particularly when it’s out there on the bleeding edge, requires little outside influence before it crashes and burns, relegated to the distant depths of the closet. Commoditizing all the hardware needed by the major HP Integrity server offerings to the point where all that is left is ServerNet is materially affecting the costs – they are coming down. As Keith Dick points out, declining to the point where on paper, there’s not much separating the hardware costs of a Integrity NonStop blade system and Unix, or even Linux, clusters and when these better known systems often run fowl of software license fees, particularly when it comes to databases, NonStop begins to shine.

There are clearly some anomalies remaining with the pricing of some middleware offerings, as well as with some solutions, but even here, current market conditions are seeing vendors revisit their models much to the benefit of the user community. Is it foolish to consider deploying a very modern NonStop Server? I don’t think so! Am I a fool for continuing to lobby hard for further usage of the NonStop Server? Again, I don’t think so!

I found the time spent in Palisades, Colorado, riding through fields on a bicycle and sampling fresh peaches while tasting some pretty wonderful wines, the detour well worth the effort. I may very well have been viewed as a fool for sidestepping a weekend in Telluride or Aspen, preferring to be distracted by the simple life within a small Colorado village but then again, I came away a lot more relaxed than I had at first anticipated.

There’s much that can prove distracting when it comes to social media and it’s a challenge to find a path to those sites providing value. For many, too, there’s the issue that corporations block access on a routine basis and it’s left to quiet periods at home before there’s any opportunity to check out what’s being discussed. But if the speed with which membership in Fools for NonStop grew is any indication there’s very little that’s foolish when it comes to deploying NonStop.
C3 - Social Networking Real Time View 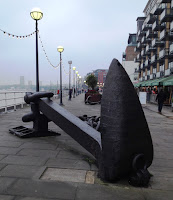 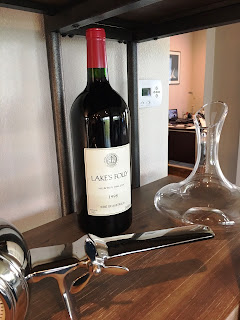