Cup of Joe; a quick “Squiz” of the Headlines; and back to Work!

Camped outside Lincoln, Nebraska, as I head to the MATUG event outside Washington D.C., I realize that there’s much to be learnt from being on the road. Not the least being the time to be able to think of what future NonStop systems might look like and to catch up with innovative companies that may yet impact NonStop. 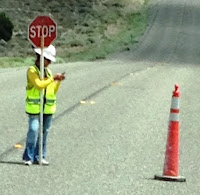 Much of my summer months I’ve spent on the road. With the better weather conditions for driving it’s an opportunity to mix with the NonStop community – vendors and users equally, and the insight that this provides is always valuable. It’s a very simple equation really, to write one needs to first listen and then just as importantly, read and comprehend. The basics, right! However, it still comes as a surprise when I encounter something unexpected and so it’s never about the destination, as the saying goes, but the journey. Or to put it another way, information is out there. It exists. You just have to want it. Even if you are in the middle of the road attentive as ever as you hang on to your stop sign and yes, with not a whole lot to do, you can always pull up the news on your smartphone!

If there were one thing I could revisit it would have to do with my ability to learn and then retain information on any topic via some kind of infusion process. Touch an apple and immediately I would know everything that makes an apple what it is – juicy and nutritious. Or even easier, tune in to everything, everywhere and know it all, instantly.  This has been the theme of numerous films and television series, the most recent being the upcoming series Limitless that will debut this fall in the U.S. Based on the premise of there being a brain-boosting substance, available in a pill, that enables it’s user to use 100% of their brain capacity.

My interests in part in companies developing products and solutions in fields I consider adjacent to NonStop have always been important to me. Over the last couple of years this has led me not only to be part of companies porting new platforms to NonStop, or even developing simple solutions for better hybrid NonStop to Linux / Windows integration and exploitation, but to vendors working in Clouds and Big Data areas as well as others working on HP systems a little further afield, like the new Cloudline and Moonshot. Not being a part of HP or privy to the internal roadmaps means that I spend a lot of time looking at the tealeaves and speculating about possible outcomes, so validating assumptions with vendors much closer to these roadmaps always proves valuable. But even so, there’s always surprises awaiting me when I dig a little deeper.

For some time now I have been involved in InkaBinka – not as close to the development as if I were a product manager, but close enough to be well informed about the evolving technology and the research that is behind it. Some of the patents the InkaBinka folks have filled, I have to admit,  are a little beyond my pay grade, but that’s OK too. I do get what the intent is so don’t approach me for specifics on the implementation as the knowledge of the fine details of any product I have ever been associated with hasn’t been my forte. But InkaBinka is special in that it tells me what can be done today using very modern languages, models and frameworks with the implication that all roads eventually intersect and at some point, solutions built for one platform will have applicability on any other platform, including NonStop.

Over the course of the past couple of years I have included updates on the progress being made by the team at InkaBinka and for those who may recall, there have been several major revisions to the deliverables that make up InkaBinka. The objective hasn’t changed – can I get all the news I need in 2 minutes or so and can it be readable from my mobile device of choice? In other words, provide me with an intelligent synopsis of news as it happens and allow me to then click on icons that give me more details or even video clips on the story? Every morning on awaking I grab a coffee and sit down at my iPad and the first icon I click is always InkaBinka.

However, what really has been the major story behind InkaBinka has been the maturing of the most comprehensive approach to Natural Language Processing (NLP) I have ever seen. How they stumbled onto this and were able to complete as complex an operation as this (and in the timeframe we are talking about) is beyond anything I have previously experienced – the stories summarized for me aren’t created by a team of editors somewhere but rather are the result of continuous software analysis happening in the background. But now, as interest in what the InkaBinka NLP can do, the horizon for leveraging InkaBinka is widening significantly. As Kevin McGushion, Founder and CEO of InkaBinka, tells it, “In other words, if we built a machine that could teach itself and then teach you, quickly (that’s the essence of summary and as it turns out dialog) we will have created a very powerful technology to not only draw customers and advertisers, but to influence and educate the world.”

Now Kevin isn’t prone to talking up a big story simply by waving his hands around like an old-style big tent evangelist, as he is a true rocket scientist with the patents to back him up. My first introduction to Kevin was captured in the post of June 2, 2010, What’s in your garage? and little did I know all those years ago where he was headed. But as he then explains, “We have applied for our first in a new series of patents on self-learning artificial intelligence that effectively teaches itself anything in milliseconds. It’s like that scene from The Matrix when Neo learns Kung Fu in milliseconds.” Love this video clip, by the way and one of the things I really enjoy watching on the home theatre are the Matrix movies.

As the late night television advertisers constantly remind us, “But wait, we did more! We gave this machine the ability to tell you a story in its own words,” Kevin adds. “After learning a subject it gives you the condensed version in words that are more economical (takes less time) and it enhances information with other information it has learned but may have been less accessible by you. It is an interesting paradox that at a time when information is most available, the sheer volume makes it inaccessible.  We aim to solve that problem.”

Kevin said, he and Chris Brahmer, COO and Cofounder of InkaBinka have formed a dynamic duo where, as quickly as he invents Chris builds.  Chris said it is through this highly interactive exchange at speeds that would stun most people that we are able to build so much revolutionary technology so quickly.  Kevin added, “Chris literally does all of the coding himself for InkaBinka, and its NLP and he has a unique skill set which allows him thrive in an environment of invention where most developers fail.”

Without going any further, it's worth remembering that InkaBinka is available as an App that can be downloaded from your choice of App Store or equivalent. The server side is where the action all takes place and yes, it should come as no surprise to readers to hear once again, this server implementation has been developed using Server Side JavaScript together with a full stack of complementary components all packaged within the popular framework, Famo.US.  You don’t have to go back too far through previous posts on InkaBinka to understand why I am a huge supporter of the InfraSoft folks with their deep port to NonStop of the critical engine behind JavaScript, Node.js. But today, InkaBinka runs 100% on HP Moonshot and if you were ever wondering about the type of solutions that best fit with the goals of the Moonshot project, InkaBinka happens to be among the most successful Moonshot use-case scenarios.

In a world where the big project is fading from memory and where each and every business problem is being solved with mini-apps following an incremental “build” model, InkaBinka makes a compelling case for just how sophisticated a solution can be built using this methodology. In a recent private client email I set forth the case for solutions being built in a day – even less – and, as an industry, meeting such a goal isn’t all that far away. As a meaningful demonstration of the practical aspects from going down this path, InkaBinka is a very good example but there’s a whole lot more even for the hardest of die-hard NonStop advocate. So much is about to change as plans of HP to expand product offering to enterprise customers shifts gears – Hybrids, Converged Infrastructure and Converged Systems, Cloudline and much more.

All of which is to say, what a future NonStop system might look like shouldn’t deter us from looking closely at what’s happening on these many adjacent systems as in time, and with user input, they may just become an integral part of NonStop. Who wouldn’t want a NLP capability as exists today to help up with data analytics in real time? Take NonStop out of the box, think of it as a capability or property and then challenge HP to deliver – who would have thought that before Converged Systems began being packaged we would see Windows on x86 together with a Linux on Moonshot (ARM) in the same cabinet?

Before finishing our discussions, in true NASCAR-winning style, Kevin wasn’t shy in talking about and indeed thanking, his developers. “With a team of 7 people, we have done what no one else has ever done,” says Kevin. “We will continue to build on this. And yes, I truly owe a special thanks to Chris Brahmer for personally sacrificing so much to make all of this possible.”  And to the team, my own thanks as their efforts went a long way to seal my own enthusiasm for this approach to development and the fun it has generated – and now, it’s back to reading the headlines with time aplenty to finish my cup of coffee while it’s still hot!
By Richard Buckle - September 14, 2015