Turning up the heat!


Piecing together comments made at number of recent conferences confirms just how big a role NonStop will play in HPE’s plans. Centered on transformation to a hybrid infrastructure HPE inclusion of NonStop bodes well for all who continue to invest in NonStop systems. 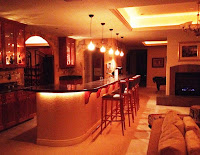 It’s been a vicious winter so far for many of us living in the U.S. Watching the evening news has become an exasperating exercise – home shows highlighting the value of island life in the tropics continue to tempt many into chucking it all in to go native. Yes, it’s very cold and the eastern states are still shoveling out from one of the bitterest blizzard conditions many can recall. Here in Boulder, it’s been chilly for an extended period, with heavy snowfalls across the continental divide whereas in the west, the effects of El Niño storms are finally making their presence felt, particularly on the Golden State. To say there’s little heat coming out of California is only telling part of the story!

When Margo and I built our house, we asked for a bar to be included. This didn’t initially surprise our architect but when we told him just how big a bar we wanted, together with an adjacent wine cellar, the eventual scale of this feature took him back a tad – seriously? You want a bar how big? Being a mixed Polish / Australian family didn’t help comfort our architect, but he did get the picture. Eventually! Yes, that’s a photo of the bar taken this week and when the weather is this cold and we want to turn up the heat then, come five o’clock (somewhere), it’s where we both head for the evening. It’s at times like this, when the warmth coming from its fireplace is truly appreciated, that we are drawn to this bar, down under!

Basements are a novelty to anyone raised in Australia – there was never a need for a mechanical room to house the heating system and strange as it may seem, few houses were built with central air conditioning even as temperatures always passed 100 degrees F in summer.  The landmass of Australia always did a great job in providing more than enough heat to handle so having the option to retreat to a cozy area, as we do, is a completely unexpected benefit from settling in a predominantly winter climate. However, it’s not only the time of year that is influencing the temperature but for the NonStop community, HPE has certainly turned up the heat beneath NonStop and there’s rarely a post written this year for the NonStop community that doesn’t highlight new possibilities for NonStop as HPE continues making sizable investment “big bets on NonStop.”

As I looked at HPE NonStop product roadmaps and begun to speculate on potential outcomes for the NonStop community, I am even more upbeat  about the future for NonStop than I have been in a long time. And that’s quite an admission coming from someone who has always been bullish about the prospects for NonStop. What is in stall for NonStop is unquestionably benefitting from the focus of HPE R&D plans for Mission Critical Systems. And isn’t the support of mission critical applications pretty much what every major IT system pursues today?

In prepping for this post I have talked with vendors, consultants and users and the picture that is forming and that has me anticipating a bright future for NonStop centers on NonStop participating in three different areas. It’s as if NonStop not only has come to a fork in the road, but more than one road is ahead of it and it’s headed down three of them, at a minimum. In short, I am speculating that we will not only continue to see NonStop the System, but NonStop the Software and NonStop the Service as well. Did anyone miss the posts that followed the presentation by Martin Fink, EVP & CTO, HPE at November, 2015, NonStop Technical Boot Camp? If you did you would have missed reading of how Fink now talks of NonStop as being the best software platform on the planet – for more of this, check the post of December 15, 2015, Picking the line …

The completion of what reputedly was a $250 Million investment by HPE when it migrated NonStop systems from Itanium and ServerNet to the Intel x86 architecture and InfiniBand is sizable by any measure you care to use. However, making the NonStop X family of systems every bit as contemporary as its competitors is turning out to be only half the story. In what I suspect will be a further $200 Million investment, the new stated goal for NonStop is to make it independent of infrastructure and in HPE speak, infrastructure is the processors, the interconnect and networking, and storage we all associate with any system today. Freed from the shackles of a specific hardware configuration, contemporary NonStop will be able to grab all the resources it needs for the duration of any task that comes its way.

Cool! As my good friend and business colleague Sami Akbay, Cofounder at WebAction, Inc., likes to remind me, returning the cool factor to NonStop is essential to its longevity and if you want to attract the latest talent to work on NonStop, you have to sell its cool status. Without belaboring the point, bringing fault tolerance to solutions, whether running on metal or virtually, without changes to the application or the middleware stack is no mean feat and Andy Bergholz and his team of NonStop engineers truly do need to be congratulated.

Of course, this will all come down to an enterprises appetite for risk, but Bergholz assures me that as soon as the companion handbook, describing optimal configurations for NonStop needing to run in a virtualized world, is completed we will see the release of NonStop the Software. Again, purely speculative on my part, but I am predicting that this will likely happen mid 2017 with select users up and running before the next NonStop Technical Boot Camp in November, 2016. This option is being developed as there are industry verticals committed to running only in a virtual world and for these customers alone, the investment warrants the effort Bergholz and his team are making.

When it comes to working with, “fluid pools of disaggregated compute, storage and fast flexible fabric that can be quickly composed, decomposed and then re-composed according to the needs of an application or workload,” as Fink explained at HPE Discover 2015, London, equipping NonStop to participate alongside other software platforms will be much appreciated by the NonStop community and highly valued by users and vendors alike. You want cool? How much cooler can NonStop be than this!

“Running NonStop in a virtual (environment, based) on Linux? As an important proof point, we can absolutely get there!” This came from Fink in a presentation to the NonStop community at the NonStop Technical Boot Camp, November, 2015. However, there was more, as Fink went on to say, “Wouldn’t it be cool to bring the NonStop value proposition to Linux and bring to market (more) powerful hybrids – a powerful combination.” This was just a sneak preview that NonStop wasn’t just going to be able to run in a virtualized world, but would be making a contribution to HPE’s future offerings. NonStop components underpinning elements of ContainerOS? Why not – and again, this is just speculation by me at this point.

However, what is highly likely is the ability to access NonStop SQL (NS SQL) as a Service and with that, the potential to access NonStop itself as a Service – you want a particular application to run AL4, then just check the box and NonStop components will be invoked. I covered this in a webinar sponsored by IR this week – and you can replay this webinar by following this link - http://www.ir.com/prognosis-infrastructure/webinars/nonstop-x-the-new-goal-independence-from-systems-infrastructure  What many folks forget is just how well NS SQL scales, how inexpensive it is, and most important of all, how NS SQL supports mixed workloads, 24 X 7. Timeframe for NS SQL as a Service is a little further out, where I am not expecting to see product becoming generally available much before 2020.

The pieces are all there. Future generations of IT professionals will have option – carving out a NonStop, the system, configuring NonStop, the software, and tapping NonStop, the service. NonStop development is really going to be turning up the heat and there will be much we associate with NonStop today appearing in many places – imagination is all that is required. Hard to imagine and no, there will be no loss of the NonStop fundamentals as NonStop, the system, will continue to fly the flag for NonStop as we know it today and be an option for at least another decade. However, what turning up the heat is doing is giving all in the NonStop community the confidence to keep investing in NonStop and for me, that’s perhaps the warmest message of all coming out of California.
By Richard Buckle - January 29, 2016