Best of both worlds – NonStop has you covered!

It hasn’t been hard to catch a sunset or two in California; for the NonStop community, it’s time to look again at twin stars (as covered in a post more than a decade ago) that is even more relevant today! 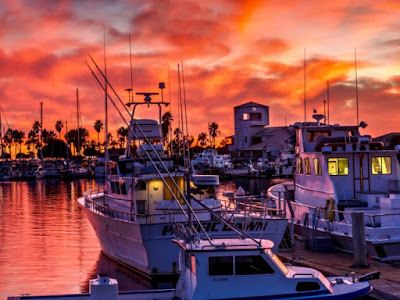 Looking towards the far-off horizon especially when it has to do with watching the sun set over the ocean has always been a sight that has grabbed my attention. Of late, Margo and I have had the opportunity to drive up and down on California’s coastal highway where there was more than one occasion to enjoy brilliant sunsets. Margo and I now live in northern Colorado where it is not the sea but rather the mountains that frame the suns last rays but, all the same, it is a reminder that no matter what took place during the day, there is a finality to it all; the sun has set and night will prevail.

Paging through older posts to this blog I came across the post of October 20, 2007, The pull from twin stars ... published just after the European ITUG event in Brighton, England. It began with references to the very first Star Wars film (Episode IV). Given the topical nature of all things Star Wars of late, you may not recall that in that first installment of the Star Wars saga, Luke Skywalker was depicted living on a planet that orbited two suns where the double sunsets were a spectacular sight.

Two suns or better still, twin stars, present in the real universe exhibit some pretty interesting gravitational effects – pulling very large bodies into their orbits while, over millions of years, kicking many heavenly bodies into the depths of deep space. Bright as they are they are turning up pretty much everywhere astronomers look. And yet, this image of competing forces got me thinking once again about this new decade for NonStop. It’s hard to ignore that change is taking place, rapidly, to the point where vendors like HPE are wrestling with solution priorities as no vendor can address it all!

Furthermore, when you think of twin stars, gravity and the inherent conflicts that arise from the presence of such twins, images of conflicted CIOs come to mind. In that post of 2007, I noted that when looking for the right solution (to today’s business problems), there is more often than not the question about “the dynamics of the pull and push effects on our data center, as we first distribute and then centralize. We empower our department users and then we pull it all back again. And over the years there have been very sound economic reasons in support for each directional change.” But is it really a question at all? Are we in fact on the receiving end of the best of both worlds where there really isn’t any wrong answer – just answers?

What is even more interesting to Margo and me is that as we scrolled back even further through the blog we came to a post just a few days beforehand. If you look at the comments that followed the October 6, 2007, post, Don’t change my toys! When it comes to further consideration of what answers will work for business today, it’s good to note that there is nothing new about such discussions as even after a decade, some observations still ring true today. For instance, with regards to the October 6, 2007, post -

Shouldn’t we be spending our time addressing the requirements of our business more than re-working our code? Shouldn’t our NonStop servers be transparent to the graduates out of school wanting to develop solutions?

We are spending tremendous energy and money to make the systems (toys) we use make sense to more of us. Just further evidence to me that the hardware is reaching its limits and has far outstripped the soft side of IT.

We are still "babes in the woods."

We are just beginning to feel the first waves of compressed time in a rapidly changing world. Platforms, environments, UI's cannot and will not remain the same... unless we want stagnation. Get used to it.

There is much that I could say about these separate comments even as they resonate as strongly with me today as they did all that time ago. And who could have guessed we would still be talking about how best to “educate” IT professionals about how easy it is to write solutions for NonStop even as we continue to think in terms of the world being software driven.

But there is one more item that needs to be included here and that is that circling back to the issue of two stars, and the influence they exert, given that today we have the issue of where NonStop lives in a world dominated by conversations of the Core and the Edge. While there are some questions about the gravitational effects on orbiting satellites when it comes to whether or not this HPE strategy is having an effect on NonStop then the simple answer is, of course!

Analogies with heavenly bodies can only go so far and as the comments posted back in 2007 highlight, there are just as many questions as there are describable business scenarios. However, when it comes to NonStop systems today, we can safely say we have the best of both worlds – for support of databases and SQL at the core, NonStop performs well and for support of transaction processing at touch points with end users NonStop performs equally as well. Throw into the mix the option to deploy a traditional converged system or virtualized and companies now have an abundance of riches with NonStop.

When describing the conflicts faced by CIOs it’s hard to ignore too that they are being tugged back and forth. The comment made all those years ago that asked “Shouldn’t our NonStop servers be transparent to the graduates out of school wanting to develop solutions?” is right on the money. While other vendors are promoting the programs they are supporting at universities around the planet, the real answer lies in ensuring the tools we use today to develop solutions for systems can readily be used with NonStop. In other words, use the tools you have – no training required! In a world where it’s all about DevOps, deployment on NonStop shouldn’t be a problem.

Given the work done of late to ensure NonStop can participate as easily as any other system in a DevOps world, there is little chance that the ill effects of gravity hurling orbiting bodies deep into outer space will apply to NonStop. And this is indeed good news. As a community we now know that we can leverage the attributes of NonStop – availability, security, scalability – easily and readily just as we now know we can deploy NonStop at the Core or the Edge. Perhaps the heavens can continue to educate us after all; the models that hold the universe together seem to be working quite satisfactorily since time immemorially.

Looking at sunsets as we often do on our travels, particularly when it involves travel to the west coast where sunsets involve watching the sun disappear over the horizon, is a time-honored custom for Margo and me. But then again, so too is ruminating on the positive aspects of NonStop and the benefits NonStop continues to bring to companies whose business cannot be interrupted for any reason.

Gravity indeed may influence the decisions we make but isn’t it good to know, we are maintaining a stable orbit around the mission critical needs of those businesses. There will indeed be challenges ahead in this new decade but taking a positive stance over NonStop will not be one of those challenges and as a community, this is perhaps the bright spot of the year for us all!
By Richard Buckle - February 23, 2020 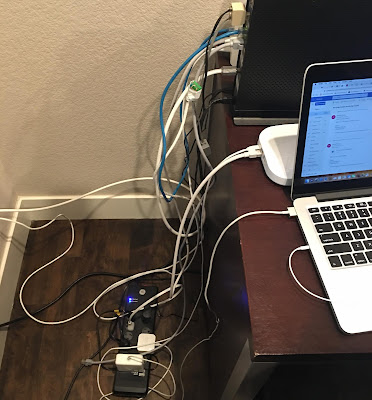