Call them Chapters, RUGs or simply TUGs - they always pull a crowd 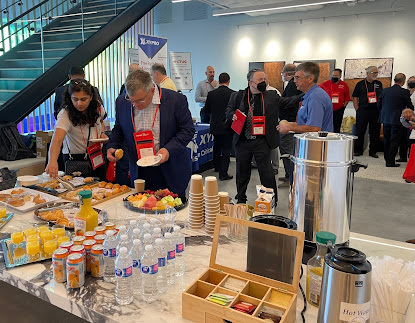 Margo and I have tried to attend as many gatherings of the NonStop community as possible. This has meant a lot of driving was involved even as we did resort to flying sometimes. How else can you get to London other than perhaps by boat? You might even say that it is the whole package we find so attractive; the travel, the dining, the conversations the events themselves. There have been times where we have considered scaling back our participation, but then again, as we unpack from one trip or the other we immediately start debating the pros and cons of solutions presented at such events.

This month it was Canadians’ turn to hold a regional event. CTUG, or to call it by its full name, the Canadian Tandem User Group, is an ever present reminder of times past and this isn’t necessarily a bad thing for them to do. The NonStop community enjoys a history few other mainstream vendors can possible duplicate. Maybe, SHARE, the IBM mainframe groups enjoy a similar heritage and as I have a first-hand experience as a board member serving SHARE o, I can attest that the enthusiasm of both groups is very similar.

However, what truly differentiates the NonStop community from any other group I have been a part of is the willingness to embrace each other and to provide encouragement wherever it is needed. NonStop users are a tightly knit group, but they aren’t alone in this regard as so too is the NonStop vendor community. Together they ensure that the NonStop product portfolio continues to expand and clearly, embracing modernization contributed strongly to NonStop remaining as relevant today as it has ever been. 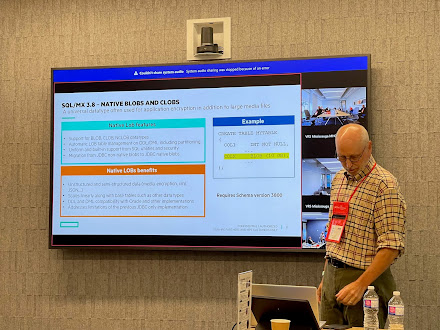 Perhaps the biggest question is whether the future of NonStop lies with NonStop becoming a database machine. Forget previous references to database appliances but rather consider how appropriate for the times NonStop SQL/MX has become. One of the biggest pros for cloud computing is the elasticity of provisioning but with NonStop SQL there is almost no limit to how wide it can scale out. The initial design of NonStop SQL was influenced by it never needing to be taken offline for any reason and the byproduct was the capability of NonStop SQL to scale out.

The HPE NonStop team led the CTUG’s sessions with both Justin Simonds (HPE Master Technologist) and Keith Moore (HPE Distinguished Technologist) providing further insights into roadmaps as well as potential areas for investment. Keith provided a grand tour of all that was happening with NonStop SQL as well as an update on virtualization. Justin on the other hand took us deep into the unsavory world of human trafficking and how yet again, to sort out the villains, it was a case of following the money. Not account by account so much as looking into relationships. No doubt that this caught the attention of some in the audience, especially those vendors looking to expand the profile and indeed stickiness of their current NonStop product offerings.

“Today, more than 65% of payment card transactions worldwide run
on HPE mission-critical technology,” said Justin. “Do 65% of human trafficking transactions run through NonStop?” More than just the rallying call for the NonStop community to consider greater engagement with those looking to tackle the problem but rather, an eye-opening reminder that perhaps the NonStop community needs to do a lot more than just to consider the problem. Moving from an account model to a relationship model means bringing in a level of AI and in so doing, truly addresses the problem a lot better when there are multiple financial institutions involved which is where previous work on Swarm model management may play a role.

What truly struck me as Keith and Justin provided updates is the extent to which NonStop SQL has achieved compatibility with other third party SQL offerings. There is very little today that separates NonStop SQL from Oracle, for instance. When you hear numbers like 99% compatible then you do need to take notice. Throw into this mix how far NonStop has come with its Java offerings and it is looking a lot more attractive for solutions vendors to embrace NonStop. Just being able to say that yes, their solution runs on open platforms including NonStop goes a long way to reinforcing how modern NonStop has become.

It is only at gatherings like this one in Canada that you get the inside skinny as to just how innovative NonStop has become. Whether you are looking to develop on NonStop, deploy on NonStop, embrace a hybrid NonStop and Linux solution or blend with cloud offerings, it’s all now possible for any NonStop users. And this has been the true essence of community gatherings. Chapters, RUGs, TUGs and yes, even NUGs is that whatever we call them, there remains global enthusiasm to participate. You can even say that for some members of the NonStop community there is an attraction afforded the HPE Discover events that makes it equally as attractive. 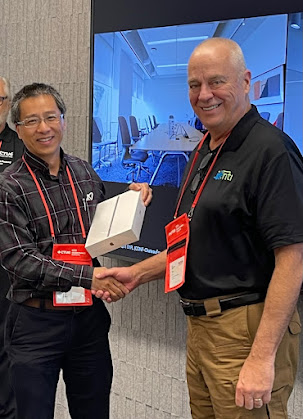 What was a little different about this CTUG event was that it unfolded as a hybrid event. The offices of HPE in Mississauga, Ontario, played host to CTUG but it presented the community with a challenge. Major sessions spanned a primary room with the adjacent two satellite rooms linked via video. As one participant commented, it’s like having the option to participate in-person along with the ability to participate via TEAMs or ZOOM. A clear case of win-win for all no matter where their preferences might lie. With a few exceptions it all worked well even though for a brief period when I was presenting in one room and TANDsoft in another, our slide decks showed up on the others screen.

It is situations like that where humor was present that tells its own story. The CTUG audience, as we have seen with the events held by other NonStop groups are just glad to be back in person. The sterile nature of virtual experiences is clearly in the past and for many quickly forgotten. What did we learn from NonStop that we could have otherwise learnt from a virtual experience? It was clear to all – the secondary exchanges that took place that gave rise to some serious conversations that proved illuminating to those present would simply have been missed in the virtual world.

On a lesser note however even as it too told a story. Many of the attendees did stay around for the CTUG closing session where gifts were handed out. Receiving an iPad, which was the case for the NonStop user chosen at random, from NTI’s Tim Dunne was certainly worth the wait. As for the cheese and wine tasting that followed, well clearly, there were many conversations still under way as the CTUG attendees ascended a staircase to a well laid out reception. As I recently posted, adult beverages certainly give any conversation additional momentum as “no great story ever started with someone eating a salad!”

Chapters, RUGs or simply TUGs will forever remain a force within the NonStop community. Providing a litmus test as to the state of NonStop even as these gathering ensure everyone becomes fully aware of the huge investment HPE continues to make in NonStop. The driving may be an extreme example of the lengths some NonStop enthusiasts might go so as not to miss out, but even so, for Margo and me it means a lot more. The drive back home is not just a pleasant distraction but a time for analysis. And at no time have we ever been disappointed by what we have heard. I am sure there will be a lot more surprises in stall given the upcoming event calendar as the

NonStop team continues to pursue new market opportunities at every corner. Now, it’s onward to NonStop Technical Boot Camp 2022 – will we see you there?

Events tend to develop their own momentum as their programs unfold. Whether it is just a one day roadshow or a more elaborate gathering, the... 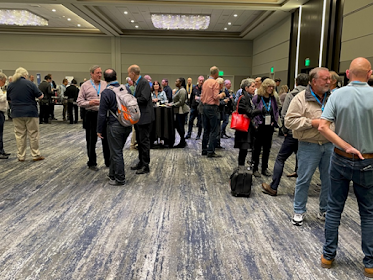