Ideas; branding and a look at one possible future path for NonStop

NonStop Technical Boot Camp (TBC) 2020 is ending with NonStop future looking bright. But is it time to take another look at our usage and branding with the NonStop label? 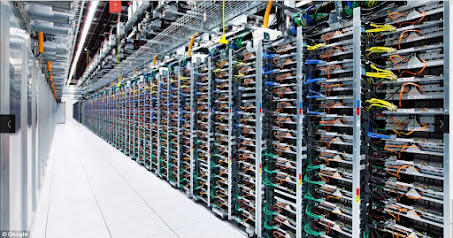 It was during the latest NonStop Technical Boot Camp that wrapped up a short time ago that someone posted to the community page. While I am not a big fan of virtual events and even as this wasn’t my first rodeo, so as to speak, nevertheless I am still not into this style of community gathering. Call me a tad old-fashioned if you like but then again, what is a virtual beer bust? I have been attending events since the mid-1970s – I gave my first user presentation at a database conference in Dallas in March 1977 – so I will make the claim that, for me, there is still no substitute for the real deal.

Put it down to a couple of threads that were kicked-off early in the week. “Do you find NonStop platform is ignored by management?” And then there was “What is the future of HPE NonStop Tandem?” There was even the question of “How much has NSK changed in the last 10 years?” Apart from seeing Tandem referenced (and there were multiple references to Tandem during the event), much of the tone of the responses seemed to be related to clouds and cloud services providers. Hybrid IT was certainly covered as was digital transformation and along with it virtualization. Consumption pricing models and Everything-as-a-Service (XaaS) played a prominent role in many of the responses.

But when it came to my response to the question about the future of HPE NonStop Tandem – ignoring the Tandem reference for now – my response was a little rushed with a number of overly simplified assumptions thrown in as well. If you missed it, here’s what I wrote at the time –

Whenever I think of the future of NonStop - and this is a pet topic of mine - I think about a future where operationally, you elect to launch an application and in so doing, you say it needs AL4 (or equivalent perhaps even requesting fault tolerance) and you will automatically be given resources that are in fact underpinned by the NonStop software stack.

Forget the hardware; we are out of the hardware business. It's quaint but longer term, it's the software that now represents the "special sauce" we talked about for decades. What fuels my interest in all things NonStop is to make NonStop disappear, essentially.

Something that is only known by a select few ... for the applications / solutions folks their only involvement and indeed their only knowledge / awareness would be limited to their acceptance that they want to run AL4 / Fault Tolerant ... make sense? Possible? I think so and I suspect we are going to be very close when we really dig deeper into GreenLake, for instance.”

What we cannot forget or lose sight of is that when it comes to maximum uptime, NonStop today is without peers and as such, cannot be ignored. Just as important for IT professionals; the less they need to know the more they gravitate to the solution and in so doing, maximize the focus that they can direct towards the business itself. 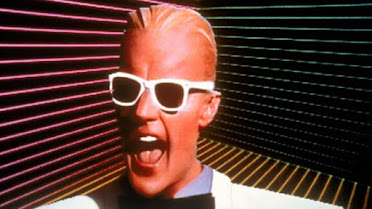 For those whose tastes in humor may be a little dated, while I was listening to one presentation on roadmaps and possible product directions I was reminded of Max Headroom. When it comes to any conversation about maximum this or that, I always think of television’s Max Headroom that I tuned into on a regular basis decades ago. A small-screen futuristic series, it caught on worldwide and influenced many in advertising even as Max Headroom was basically born as an advertising avatar with the emergence of the “blipvert” - a very brief television advertisement, lasting one second. The term and concept first appeared in the 1985 film Max Headroom: 20 Minutes.

But again, in this context, why Max Headroom? Well he was a digital talking head who, “after a nasty incident where (he) was left comatose, the last thing he saw before falling into a coma was ‘MAX. HEADROOM: 2.3 M’ indicating the clearance in a car park entrance.” The connection? More than just advertising, it is also about branding – overnight everyone in my neighborhood knew exactly who Max Headroom was and of the type of humor he brought into our living rooms.

Let me propose something for us, as a community, to consider. Just as references to Tandem make some of us shudder, is it time we dropped all references to NonStop? Shouldn’t we be looking to rebrand with something more modern, perhaps even a little controversial and at the very least, have the potential to become a talking point inside data center coffee hideouts. How about “MAX:Avl” – Maximum availability with optimum scalability thrown in for free! As I noted in my response referenced earlier, it’s all about the software and NonStop is now software.

More importantly, it’s an integrated stack providing much of the goodness we have come to expect from clever frameworks. As such, MAX:Avl should be hidden from sight, known only to a few who see it as little more than just another piece of enabling middleware. In the virtual machine world, there is unlimited support for processors and MAX:Avl would be little more than a collection of virtual machines that are provisioned in support of applications that yes, you guessed it, need maximum availability!

Why do we need to let on to anyone at all that it’s all powered by today’s modern NonStop? What’s in it for us other than generating a little rolling of the eyes and perhaps a head crashing to the table! If you can’t fix it, change it! Yes, sad to say, after two plus decades championing NonStop, the message is broken and as much as we extol the virtues of commodity hardware open software industry standard APIs, it’s a legacy product to most IT professionals: “How much has NonStop changed.”

If we keep doing the same thing and expect different results well, do I need to say anything more? NonStop is undergoing some serious evolution and when the finished product surfaces, it will bear little resemblance to NonStop of today or Tandem, for that matter. So why not make the NonStop brand disappear? Why not quietly morph the name even as we are all witnesses to the morphing of today’s NonStop. GreenLake as being presented today and as it’s being addressed by NonStop in waves, has the potential to do exactly this – making the NonStop brand subservient to so much more capability than many IT professionals could possibly anticipate occurring.

Yes, MAX:Avl holds the key. Perhaps not that brand, exactly, but you get the idea. For many vendors who see their product become super successful, it’s a simple step to rename their company with the product name. How many of us truly remember the company, Software Development Laboratories (SDL)? It’s a lot easier to say, Oracle, right? If the standout attribute of NonStop is availability (with a lot of scalability on the side), could the time be fast approaching where we rebrand to feature availability. The image of a Tandem bicycle doesn’t really cut it anymore even as few remember the red chevron or even the chevron itself? Does it even appear anywhere on a NonStop system today?

What should have us all thinking about is that with GreenLake, it’s not strictly about consumption pricing. It’s not strictly about a new way to pay for NonStop. Its focus is on delivering on HPE’s promise of XaaS – everything-as-a-service, but wrapped up in all of this is the digital transformation that is taking place, the shift to virtualization and the ubiquitous nature of rack after rack of x86 servers. “The future of NonStop is now,” said HPE Vice President and General Manager, Mission Critical Solutions, Jeff Kyle.

And right now, our future is far more than simply building another NonStop. MAX:Avl delivers the permanency of availability and with that, applications have all the underpinnings they need to deliver 24 x 7 x forever. There will be those who think that the NonStop brand will continue an association with traditional converged systems and that is one option that is worthy of a conversation. Then again, legacy is for those who relish the past; the future is all about not stopping which is fine but it’s a lot more … how do you want to position your next installment of NonStop? Ask yourself; NonStop will change so much in the next ten years, isn’t it time to consider rebranding?
By Richard Buckle at November 18, 2020

From Photos posted on Whova For as long as I can remember participation in NonStop focused events has been the highlight of the year! I have... 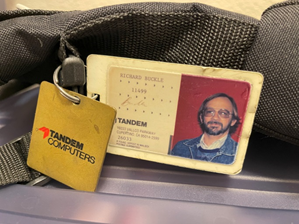