Just one more time, and with feeling!

Are you ready for this year’s NonStop Technical Boot Camp? Are you prepared for an All-Digital Experience? 1,700plus colleagues are already registered – how about you? 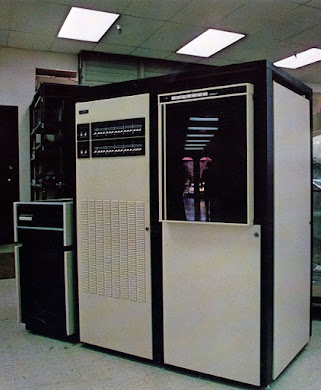 It’s been an amazing ride these past couple of weeks as we have kept an eye on the ever increasing attendance numbers for this year’s NonStop Technical Boot Camp. As it will be a virtual event, the NonStop community was heading into virtually unknown territory so when the numbers look like they have pushed past 1,700 registered attendees for the now virtual All-Digital Experience, what can we say other than, can we pass the 2,000 mark?

For those of us who sat through the virtual HPE Discover event this year, we know what to expect. On the other hand, for those who will find this all-digital experience a completely new experience, don’t worry, it really does work. And it does keep you engaged. I guess the good news here is there will be ample opportunity to walk to your coffee pot wherever you may have it set up and help yourself to fresh coffee whenever you like – or tea, or soda or even an adult beverage. Or two!

Point is, from the comfort of your office wherever you may be working these days, you can tune into a collection of presentations that feature speakers from the user community, vendors, consultants, futurists and more. Perhaps the biggest take away from this is that NonStop continues to thrive as we all recognize that there is no substitute for permanent availability. No matter the number of nines that might impress you, there are many deployments of NonStop today that have never recorded an outage and if you watch the headlines, there is a constant stream of articles about those businesses which very livelihood has been disrupted by outages. 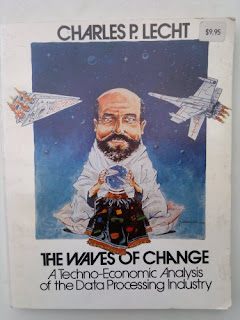 It may also be time to reflect further on how far we have come as a community and how NonStop has remained as relevant today as it ever has been. Did you ever read the 1981 book by Katherine Davis Fishman, The Computer Establishment? Described as being “the inside story of America's dynamic computer industry tracing the growth of the new technology and profiling the major personalities and businesses that dominate the field.” It should be on all our bookshelves if only to remind us of what the computer landscape looked like in the 1970s when Tandem Computers came on the scene.

While the main theme of this book was an exploration of how IBM succeeded in rising above the BUNCH (Burroughs, Univac, NCR, Control Data, and Honeywell) to enter the 1980s as the dominant vendor with revenues greater than the rest combined. I was sitting at a café in Edmonton, Alberta, when I read my first ever copy of the Fortune 500 and saw that IBM had cracked the top 10 which, at the time, surprised many in industry who still weren’t all that sure what contribution IBM was making to society.

As for personalities, my old boss out of New York, Charles Lecht, was featured. Charlie founded Advanced Computer Techniques in April, 1962 – yes an independent software company that arrived on the scene in the ’60s – running the office initially out of converted space atop The Plaza hotel on Fifth Avenue. The most memorable part of the book was a photo of Charlie taken in his office circa 1977 (now relocated to Madison Avenue) which, at the time, looked more like Studio 54 complete with velvet wall paper and much more, with Charlie seated behind his desk wearing a car racing helmet! Full face!

It was around the same time that Charlie published his own book, The Waves of Change (which was serialized in Computerworld) and where Charlie asked me to throw together a couple of paragraphs on the then new IBM 370/148 and my comments made the final cut! I’m not too sure I still have a copy of the book but even as I worked for Charlie for barely a year, we stayed in touch all the way up to when he passed away in 1992. Did you ever read that book, too?

When Tandem Computers shipped its first system in 1976, it was also the time when Apple demonstrated its first Apple computer, the first Altair computer convention (for hobbyists) was held and when there were articles being written accusing Bill Gates of software piracy in an article for the Altair newsletter. X.25 was approved as a CCITT X series standard. Point is, our industry never sits still. It never sleeps, if you like. And the surprises keep on coming; Jack Dorsey was born in 1976.

It is against this backdrop that we evaluate the success of Tandem Computers, now the NonStop family of systems. Lined up alongside the likes of Digital, Data General, Interdata, Texas Instruments, Prime, Wang, Four Phase and more, not forgetting the likes of Nixdorf, Olivetti, Phillips, ICL, Honeywell Bull and the likes, it still surprises many to see NonStop featured as prominently as it still is in articles and research notes published today. NonStop never lost its way and it’s march to predominance in the real time transaction processing marketplace is both a testament to the product itself as it is to the willingness of business to trust NonStop for the support of their most critical of mission critical applications.

The reference to conferences of 1976 reminds me of the truly big events that were being held around that time. I recall attending the National Computer Conference (NCC) in both Houston (1982) and again, a year later at Anaheim (1983). I also recall attending the Hanover Fair (before the successful CeBIT spin-off) in ‘82, ‘83 and again in ‘84. On each occasion I can recall seeing Tandem Computers being promoted but even so, the impact on me was minimal. It wasn’t until I moved to North Carolina that I heard about ITUG Summits when my colleagues made it down to an ITUG event in New Orleans in 1987, as I recall.

For the past three plus decades, participating in vendor events has made up a large part of my professional life. It is with some sadness then that I have to say that many of the events I looked forward to each year are now missing from the calendar. For a while it wasn’t all that clear whether NonStop-specific events would continue, but from a tentative start several years ago when the concept of a boot camp was first imagined, there has been no stopping the growth in interest by the NonStop community or in its desire to come together to hear the latest about NonStop.

The format this year may be new and not without its challenges. However, with a matter of hours remaining before 2020 sees the commencement of this All-Digital Experience, there’s a feeling among those I have talked to that this event is setting the scene for a format that may stay with us for some time to come. Not surprisingly, should the numbers of registered attendees pass that magic 2,000 mark then I suspect that their feelings about NonStop community gatherings might be correct.

Some might say it is nonsense to rely on feelings alone, but then again, call it feelings or call it intuition or better still, experience and it makes sense. Perhaps we see a resurrection of the smaller Regional User Group (RUG) meetings where travel requirements are scaled back or perhaps we see an expansion of a more globally inclusive event, but either way, I am not ruling out the desire of many NonStop community members to network somewhere around the planet. However, just to see this NonStop event taking place one more time despite the changed world we all live in, is something that brings back those feelings from the past. And for that, we all have to thank HPE, the NonStop team and all those volunteers who are working diligently even now to make this THE show of the year for NonStop! 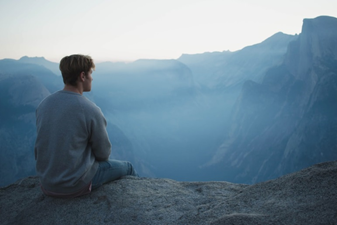